Your objective is to lead your army of spooky legends to victory. You build a deck, assemble your troops and build your castle to crush your enemies. Save your troops! Save your castle! Save the Kingdom!

A fast pacing strategy game where you have to think fast! Choose your strategy and clash with your enemies in this exciting war game. Designed for tower defense lovers, but enhanced with a lot of strategy, Spooky Wars is the card battle game you have been looking for.

Collect and upgrade more than 50 cards to strengthen your army and fortify your castle. Join forces with spooky legends like Frankenstein, Dracula, Werewolf and many more. Arm your castle with powerful weapons from Bombards and Crossbows up to mighty Lasers and Teslas.

Enter the arena and clash with your opponents in epic battles for glory and victory. Build the strongest deck and crush your enemies. On the battlefield, what matters is strategy and action.

The enemy is racing to your castle. Don’t let them destroy your kingdom!

Features
⭐️ Collect more than 50 cards to upgrade your spooky troops and castle
⭐️ Play in 6 different battlegrounds
⭐️ Play Quests in 2 different game modes
⭐️ Play with your friends and compete in local and global leaderboards.
⭐️ Clash with your enemies and become the best player in the world
⭐️ Gather your army and fight for glory
⭐️ Command and control your units in battle
⭐️ Addicting strategy and action gameplay
⭐️ PvP (Player vs Player combats) coming soon with online multiplayer (Real Time, not turn by turn)
⭐️ Free game: play on your phone and tablet
⭐️ Strategy dueling game

● Disclaimer
Monster Wars is a free game but contains optional in-app purchases for real money. You may want to keep it away from your kids.
A few bug fixes and a new seasonal leaderboard with awesome rewards! 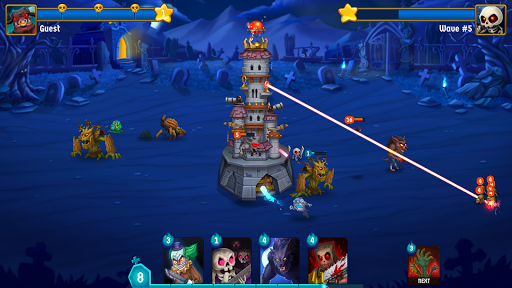 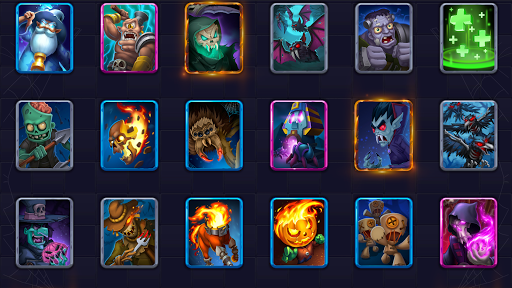 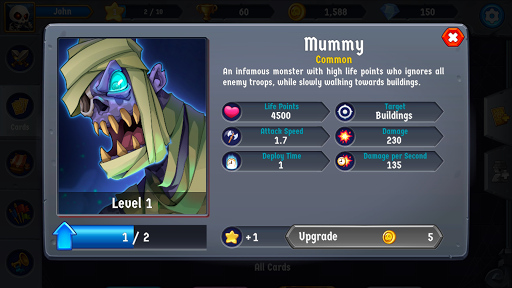 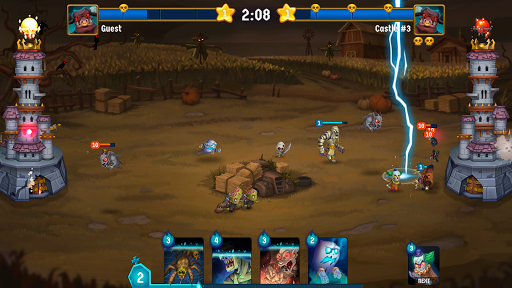 Legend of Kingdoms Varies with device