Backgammon is one of the world’s most popular board games, brought to you by the makers of Nonogram.com and Sudoku.com puzzles. Install Backgammon for free now, train your brain and have fun!

Backgammon board game (also known as Nardi or Tawla ) is one of the oldest logic games in existence, alongside Chess and Go. People from all over the world have been playing backgammon classic for more than 5000 years to socialize with family and friends and keep their brains active.

How to play the Backgammon classic game

– Classic Backgammon is a logic puzzle for two, played on a board of 24 triangles. These triangles are called points.
– Each player sits on the opposite sides of the board with 15 checkers, black or white.
– To start the game, players take turns and roll the dice. That’s why free Backgammon is often called a dice game.
– Players move pieces based on the numbers rolled. For example, if you roll 2 and 5, you can move one piece 2 points and another one 5 points. Alternatively, you can move one piece 7 points.
– Once all of a player’s pieces are on the opponent’s “home”, that player may begin removing pieces off of the board.
– A player wins once all of their pieces are removed from the board

A few more things to know

– Rolling two of the same number allows you to move 4 times. For example, for a roll of 4 and 4, you can move a total of 16 points, although each piece must move 4 points at a time.
– You cannot move a piece to a point that is occupied by 2 or more of your opponent’s pieces
– If you move a piece to a point with only 1 of your opponent’s pieces on it, the rival’s piece is removed from the board and placed on the middle partition.

– Enjoy a fair dice roll, which only the best backgammon games can boast.
– Undo a move if you made it accidentally or came up with a better one right after
– Your possible moves are highlighted to help you make an easier decision
– A simple and intuitive design to better focus on the game
– Start with easy opponents and face more difficult ones as you practice on your way to becoming the Backgammon king.

– Ancient Romans, Greeks, and Egyptians all loved playing Backgammon (known as tawla or narde).
– Backgammon is a classic game of luck and strategy. While any dice game is pretty much pure luck, there’s also an infinite number of strategies that even include predicting your opponent’s moves.
– One thing logic games have in common – they keep your brain sharp. It may not be difficult to learn the basics of Backgammon, but you’ll need an entire lifetime to become a true lord of the board.

Backgammon Classic is one of the most popular free board games ever. Download it now and challenge yourself! 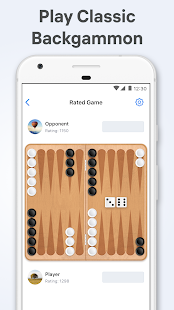 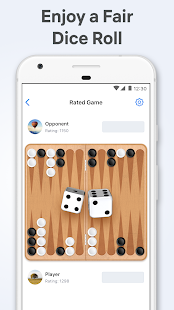 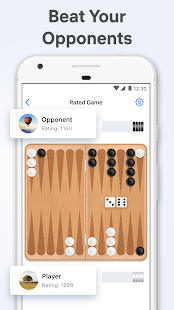 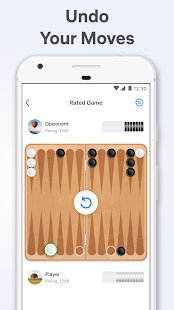 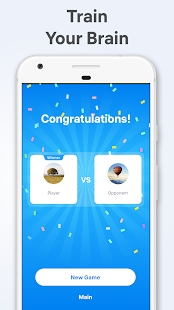